In partnership with Indy Batth, I hosted a series of women's circles in Toronto across 2015.

The series began with a New Moon Women's Circle in January and each circle held a seasonal lesson about different aspects of the transition process. Within a supportive community of women, we rediscovered the ancient art of storytelling using a variety of tools and traditions to help women embrace transition with grace and wisdom.

﻿What happens in the circles?﻿

Through a series of carefully crafted exercises and discussions we explore the realm of transition using themes aligned with each of the seasons. We incorporate a blend of transition theory, practical exercises, storytelling, and ceremony allowing women to dive deep into a current or recent transition of their own. Women experience new insights and a deeper connection to their own intuition, helping them move forward on their personal journey in a powerful and meaningful way.

Stay tuned for the next iteration of the Seasons of Transition Circles in 2016.
"When I saw the Spring Equinox Women’s Circle advertised, I really wanted to participate. I’ve mostly celebrated the seasons on my own, rarely together with other women. The odd time I have been in a group, I felt like there wasn’t enough practical application. It struck me as too 'flaky,' and I felt more like an audience member than a participant. This circle felt more like what I’ve been looking for. The exercises, the pacing of the event, the small and large group participation… It was both grounded and spiritual, it offered meaningful participation, and it was really, really well done.

The circle happened at the right time for me, and I had insights throughout. I’ve been going through a transition, closing one chapter and starting a new one, and it helped give me context, as well as direction and a point to get to. I realized I was actually much further along than I thought, which was really helpful and unexpected.

I also reconnected with the power of ritual. I spend a lot of time in my head, thinking too much, and the symbolism embedded in ritual gets me out of my head, and enables me to see things more clearly. There’s something about lighting a candle or ringing a bell at the right moment that brings me into the space more pointedly. I think that ceremony and ritual are becoming increasingly less a part of community life, which is why this work is so needed. I felt safe, supported and welcomed by the circle and the other women, and left more appreciative of the value - and power - of community ritual." ~ Heather
"Coming together in a circle of women was important to me because I’ve been missing a deeper connection with women in my life. As I am often isolated at home, I miss the opportunity to express myself in a safe, deep way, beyond self-reflection. I usually dread the vulnerability of group work, but the women’s circle really surprised me. I felt comfortable and I realized the more you open up and share, the more you inspire others to do the same.

The circle was a supportive, unified space where everyone was being open, sharing and listening. It made me aware of the value of listening and being heard, which was really powerful for me. I didn’t realize I wasn’t feeling heard. Whether it was seeing something of myself in their story, identifying and learning from that, gaining insight into my own journey, or being inspired by the transformation of others – it was really beautiful to witness and be a part of.

One of the insights I gained came from knowing where I am in the transition process; embracing that, and accepting the changes I’m experiencing as a natural part of that process. For me, it’s about becoming a mother, learning how to nurture and care for other human beings, embracing my role, and recognizing that it’s okay to be searching for something and inspired about who I’m becoming.

The circle also brought to the surface some pain from the past - facing old fears and realizing there were a lot of negative emotions that I don’t want to feed anymore. I’d been flapping and floundering like a fish out of water, but I experienced a release during the circle that allowed me to let go of control and let go of some of the stuff in my head so that I could just be with it and feel it in my heart, sit with it, and become comfortable with it. The insight was really about accepting myself; that I am enough. Even though I don’t know what’s ahead, I know that I want to go there and now I’m feeling more prepared to go there.

I’ve never participated in a women’s circle before, and it was a really powerful experience." ~ Jennie ​
"The Winter Solstice Women's Circle was the very thing that I needed at this time. It was the perfect experience to guide my emerging practice and commitment to PAUSING. Kristen and Indy, and all of the women present created a beautiful circle together. Thank you Kristen and Indy!" ~ Mohini

Kristen and Indy met at a weekend training in spring 2013, where they discovered a mutual interest in transition and change, especially in the lives of women and in organizations in general. What followed were regular meetings based on deep and profound conversations that eventually emerged into a foundation for professional partnership.

In talking about The Wheel of the Year one day, the conversation naturally flowed and integrated a variety of innovative ideas including the natural cycle of the seasons, individual experiences of transition, cultural traditions, and rituals. They became excited about the thought of creating a space for women to share what they longed for, to reclaim rituals and traditions that were either forgotten or marginalized, and that supported their personal, collective and cultural identities.

Indy and Kristen have discovered a synchronous flow of working together that taps into their respective expertise, creativity and inner wisdom. They are thrilled to be co-hosting the Seasons of Transition Series together. 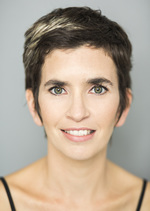 Kristen Roderick consciously and deliberately uses traditions of feminine strength to guide women through the difficult changes encountered at important transitions in their lives and as they begin to live inside their calling in the outside world. She offers courses, women's circles, transition consulting, ceremony & ritual to women of all ages in the throes of major change. Kristen is a Certified Life-Cycle Celebrant with a Masters degree in Social Work and an Undergraduate degree in Women Studies. She has been working in the field of women’s issues and women’s empowerment for 20 years, and spent 12 of those as a researcher-evaluator and community educator in nonprofits. She is currently working on her first book project, exploring women’s experiences of midlife, and she recently embarked on her most ambitious role to date: Motherhood. Find out more about her work at Spirit Moving Narrative Consulting, or by joining her popular Facebook community. ​

Indy Batth is passionate about learning and human development. She is grounded in her own knowing, wisdom and intuition and deeply committed to social change, transformational leadership, transition and change, and well-being – personally and professionally. With over 20 years of experience as an educator and facilitator, Indy takes a neuroscience and mindfulness-based approach that integrates mind, body and heart to create powerful results for her clients. She holds space for inspirational, heart-centered conversations that cultivate health and wellbeing, tap into potential and passion, and open up new perspectives and possibilities. Indy has a Masters degree in Education (Human Kinetics), extensive coach training (Certified Executive Coach and Certified Neurotransformation Coach), and is a Mindfulness Ambassador Council (MAC) facilitator certified through Mindfulness Without Borders. Indy has a Rebel persona and has been called a compassionate change catalyst. Learn more about her work at ikb Coaching & Consulting and follow her on Facebook.
Spirit Moving Narrative Consulting
kristen@spiritmoving.org